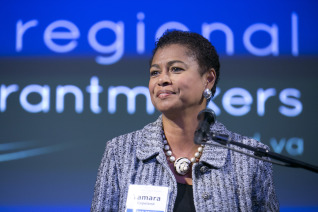 Yesterday, I watched as angry young men looted and rioted in Baltimore following the funeral of Freddie Gray. I heard news commentators ask what this destruction had to do with Mr. Gray’s death. I heard commentators question the impact of the rioters’ actions on the investigations that must occur into what the police did or did not do while Mr. Gray was in custody. “Was the rioting a distraction to the real issue?” was the unstated question.

The rioting was the manifestation of what I see as the real issue. It was the release of pent up feelings that relate not just to Freddie Gray, but to Michael Brown, Eric Garner, John Crawford, Tamir Rice, and countless others. What may be less recognized is that the rioting relates to years of education in school systems that focus on the easy-to-educate. It relates to years of living in unfit housing because that’s all that the family can afford based on their minimum wage job. It relates to years and generations of being un-employed or under-employed. And, it relates to years of un-recognized and often unacknowledged stress that is born from simply living in a society in which you are routinely marginalized. The resentment and anger build and build.

Freddie Gray’s death ignited so many feelings that these young men had held for years. Was the rioting the right response? Of course not, but it may be the only voice they have to call out for help.

This statement was originally published on April 28, 2015 on the Daily WRAG.

News type:
A Voice from Philanthropy