WRAG Board Member Rose Ann Cleveland reflects on "being white" 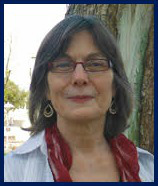 Reflections on being white

This post was originally published in The Daily WRAG.

Most of my childhood, I lived in Greensboro, North Carolina. I was in first grade on February 1, 1960, when the four students from NC A&T State University sat-in at the downtown Woolworth’s lunch counter; yet, I don’t remember learning about this important historical moment until much later. Although I was young at the time, over the years, I have come to better understand the reasons for this gap in my awareness.

Residing in a middle-class suburb of the city, I moved in a largely white environment. I was also insulated in another way – by a cultural practice that avoided talking about anything uncomfortable or controversial, especially in front of the children. Still, at some point, I began to realize that I was white and was treated differently. One especially vivid memory comes from when I was learning to read. I had accompanied my mother to a local Sears store. What where those signs on the water fountains? Why were those signs there?

Later, I attended what was then termed an ‘integrated’ high school; but, my classmates in the so-called college track were again predominantly white students, and the school had few teachers who were people of color. As a young adult – even living in other states – it became increasingly evident that the Civil Rights Movement had not achieved all that white society might like to tell itself.

In the summer of 2013, I had the opportunity as a member of the board of Grantmakers in the Arts to participate in antiracism training provided by The People’s Institute for Survival and Beyond. These conversations gave us a context and vocabulary to start addressing the structural racism that infuses our society. The experience was humbling and, in some ways, very discouraging when we better understood how certain power dynamics are perpetuated. “Find your allies,” our trainers advised us. “Don’t go it alone.” I felt very fortunate to be part of a group of funders who were willing to be vulnerable so that we could begin addressing the difficult work ahead.

I’m grateful now for the chance that WRAG’s Putting Racism on the Table series is giving us to start this conversation with each other and to make a difference in the Washington region. Colleagues and friends remind me that this process is a journey – and a long one at that. I have lots to learn and thank all of you who are on this journey, too.