Why funders must continue to put racism on the table

Earlier this month, I spent some time in Memphis with Terri Lee Freeman, president of the National Civil Rights Museum and former head of the Community Foundation for the National Capital Region. As a former WRAG Board Chair, the conversation shifted to what was going on with WRAG and particularly to the Putting Racism on the Table work. From her vantage point as a former member of the philanthropic community and a current leader in racial equity, I thought her remarks would illuminate why we must continue this work. – Tamara Copeland, Washington Regional Association of Grantmakers 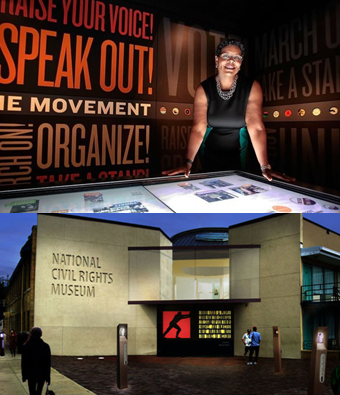 Recently I received my quarterly copy of NCRP’s newsletter. To my delight and pride was an article penned by Tamara Lucas Copeland, president of the Washington Regional Association of Grantmakers. The work that WRAG has taken on through the Putting Racism on the Table initiative is nothing short of groundbreaking. You see, the truth is most grantmakers tend to be very politically correct. As grantmakers we (yes I recognize I am no longer a part of your number, but humor me) tend to want to make people feel good. We want to evaluate the merit of programs and projects that are truly making a difference. We want to know that we are positively impacting the people of the communities we serve, as well as the social profit organizations through which much of that work is accomplished. And, we want to be liked. But what we don’t typically do very well is controversy and discomfort. The work that is being led by WRAG is both controversial and uncomfortable, and from my perch, this work is critically important, particularly at this juncture in history.

For far too long we’ve talked around the true issues plaguing communities. Oh, we talk about the symptoms — poverty, poor quality education, food deserts, and lack of opportunity. But rarely do we really have substantive conversations about the root causes of these issues. Certainly we talk around the facts that those most disenfranchised tend to be black and brown people, but we stop short of calling it what it is — institutional and individual racism. We rarely talk about the history of those who we consider disenfranchised. While we are quite comfortable talking about the horrors of the Holocaust, we are equally uncomfortable talking about slavery and the economic benefit the slave trade had for some, while others provided the free labor upon which the nation was built. As Lonnie Bunch, director of the National Museum of African American History and Culture stated when he spoke to WRAG a few years back, it’s difficult to tell the negative history when the enemy is us.

All that said, WRAG and a cohort of grantmakers and trustees have taken the courageous step to face these very issues. You’ve determined that the first step to creating a solution is dialogue. You’ve determined that facing your personal implicit biases will help you better recognize the systemic racism that continues to plague black and brown communities. You’ve determined that understanding the true origins of economic inequity will allow you to better fund equitable solutions and potentially have an impact on poverty. I’m convinced that the work you’ve embarked upon will help you make better investments in community. And at a minimum it will better help you understand the communities in which you invest.

We are truly at a critical juncture in time. Hate is real. Bias exists. And, privilege isn’t distributed equally. People are angry and fearful. It appears that rhetoric that divides and paints the “other” as the enemy has become totally acceptable. We seem to think that because we are officially a diverse society, the issue of inclusion is basically handled. Not so! The work that is ahead of us is difficult indeed. It will make us question others and ourselves. But this work is necessary.

In just over a year, our nation will commemorate the 50th anniversary of the assassination of Dr. Martin Luther King, Jr. On April 4, 2018, we will reflect, but our reflection will be in vain if we have not acted to create a society that works for ALL citizens. The effort that WRAG has undertaken is a step in the right direction. Once our public pronouncements become our private conversations, we will be closer to becoming the beloved community Dr. King spoke so passionately about.

I take great pride in knowing that the Washington Regional Association of Grantmakers, an organization that allowed me to “cut my grant making teeth,” is leading this effort. Thanks for your continued dedication to making the Washington metropolitan region a more just and equitable community.

To learn more about WRAG’s Putting Racism on the Table initiative, click here.