Home » News » What does a trip to California have to do with racial equity?

What does a trip to California have to do with racial equity?

On Monday, December 2, 2016, I flew to Carlsbad, California with fourteen philanthropic leaders to attend a week-long summit hosted by the W.K. Kellogg Foundation. We, along with almost six hundred others, had been invited to attend this intensive session on “Truth, Racial Healing and Transformation” (TRHT). The Greater Washington group was primed for this conversation, having been a part of WRAG’s Putting Racism on the Table learning and training series. But even after being immersed in this work throughout 2016, this group still agreed to travel across the country to devote one full week to further expanding their understanding of racism and racial healing.

What does this say about the Greater Washington delegation?

These foundation and corporate giving executives fully recognized the importance of this topic, not only in and of itself, but as a precursor for addressing their various philanthropic priorities. They knew that the issue of racial inequity is much larger than the Greater Washington region and they saw value in being part of a national learning and action community, and an opportunity to help advance a burgeoning movement within philanthropy. And, most importantly, they recognized that their learning had only started with Putting Racism on the Table. The door to knowledge and action had definitely been opened in 2016, but this experience – a week of learning, from 8am – 9pm each day -, was the total immersion that moves one up a rung of knowledge, deepening understanding and commitment.

Today, the Greater Washington region is primed to be one of ten local communities working with the Kellogg Foundation and its national partners to explore the truth of racial injustice, to promote activities that lead to racial healing, and ultimately to transform society into one in which there is no hierarchy of human value. The details of how that partnership might actualize have not been determined as of yet, but the commitment of the leadership of the local philanthropic community to continuing this journey to racial equity cannot be questioned.

Thank you to the Greater Washington delegation (L to R): 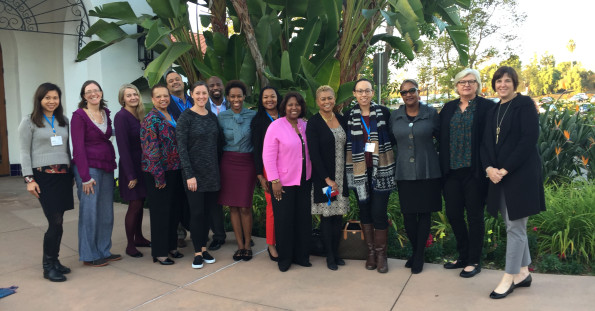