The second video in the “Putting Racism on the Table” series is now live! The video features Dr. Robin DiAngelo, former professor of education and author of What Does It Mean to be White?, speaking on white privilege. After you’ve had a chance to view the video, we encourage you to share your thoughts on the series or on the specific topic via Twitter using the hashtag #PuttingRacismOnTheTable, or by commenting on WRAG’s Facebook page. We also suggest checking out the viewing guide and discussion guide to be used with the video.

"I am so pleased to share the next installment of the Putting Racism on the Table video series. Dr. Robin DiAngelo provided a thought-provoking and memorable session on a topic that is an integral piece of the puzzle surrounding the various aspects of race and racism. In this video, Dr. DiAngelo takes viewers on an exploration of white privilege and how it works to perpetuate an inequitable society."

Watch the video below: 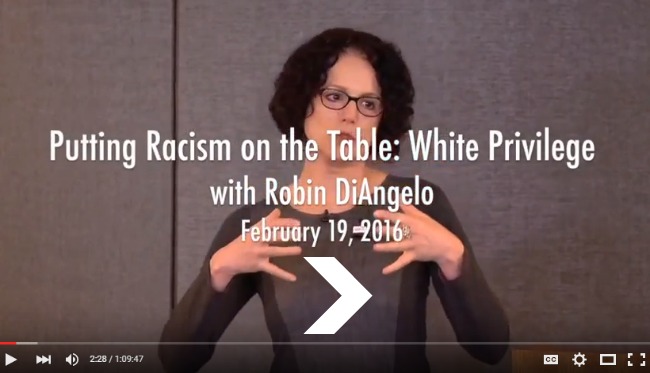