The third video in the “Putting Racism on the Table” series is now live! The video features Julie Nelson, Director of the Government Alliance on Race & Equity, Haas Institute for a Fair and Inclusive Society, speaking on implicit bias. After you’ve had a chance to view the video, we encourage you to share your thoughts on the series or on the specific topic via Twitter using the hashtag #PuttingRacismOnTheTable, or by commenting on WRAG’s Facebook page. We also suggest checking out the viewing guide and discussion guide to be used with the video.

WRAG president Tamara Lucas Copeland had this to say of the new release:

"We are halfway through the video releases from WRAG’s Putting Racism on the Table series! We appreciate you continuing to share your thoughts from the Professor john a. powell installment on structural racism, and the Dr. Robin DiAngelo installment on white privilege. We hope you’ll keep the conversation going with this latest release, as Julie Nelson highlights the ways in which bias and racism play out at the individual, institutional, and structural levels."

Watch the video below: 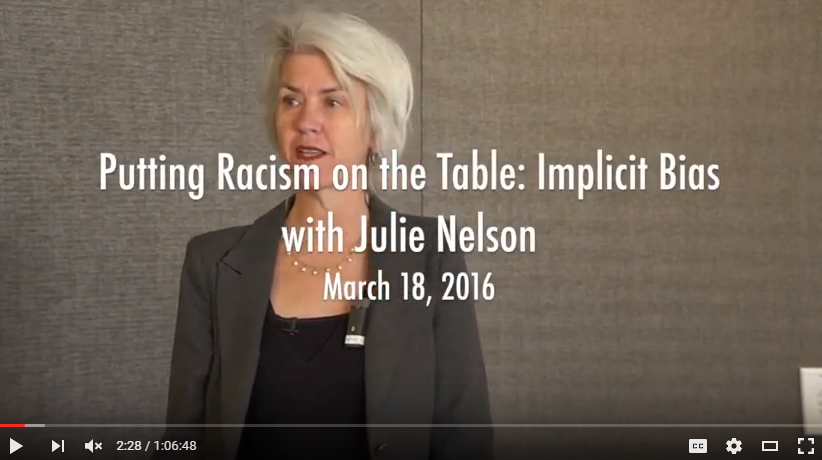