Home » News » An update on Beyond Dollars: "When Mickey Came to Town"

An update on Beyond Dollars: "When Mickey Came to Town"

In 2009, WRAG published Beyond Dollars: Investing in Big Change, presenting a series of case studies of the grantmaking initiatives in the region that were creating lasting impact through their ability to build partnerships, leverage key resources, and capitalize on timing and momentum. Later, in 2013 WRAG published a progress report, further exploring the impact that philanthropic investments make on the lives of people who live in our region. One of the report’s featured stories focused on how The Prince Charitable Trusts helped to protect a cultural and environmental asset in Virginia. Today, we bring you the latest update on those efforts from Kristin Pauly, former managing director of The Prince Charitable Trusts. 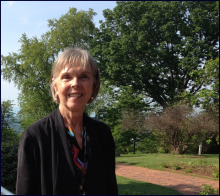 This story begins in 1993, when The Walt Disney Company unveiled plans for a new theme park in Haymarket, Virginia near some of the most significant battlefields of the Civil War. Against a 75 percent public approval rating, a small team of philanthropists and local residents joined forces and mounted a campaign to convince Disney that siting their “American History” theme park in these rural and sacred lands was a bad idea.

Last month, the Environmental Film Festival premiered the documentary, When Mickey Came to Town. While the film documents the campaign in opposition to the Disney site, there is another, equally-inspiring story about the long-lasting impact that is possible when philanthropists go beyond dollars.

The Prince Charitable Trusts were by no means the central players in the campaign, yet the trustees and staff were active and engaged participants. They were inspired by the outcome and changed by the experience.

In the ensuing 22 years, the Trusts have continued to provide relatively small grants – often in the form of general operating support – to the organizations and initiatives that have committed themselves to protecting the very qualities that a Disney theme park threatened to destroy: a healthy environment, social equity, and celebrating and preserving a unique cultural legacy of this region. It has been a form of “engaged philanthropy” that has proven effective in a variety of ways.

All this has been made possible because the victory left people in the region with a sense of hope. As Chris Miller, executive director of the Piedmont Environmental Council, said on the 20-year anniversary of the fight, “It was a big fight and a good fight – a fight made possible by a long list of wonderful and talented people. Our coalition included some of the best organizations and thinkers in conservation, historic preservation, and sound land use planning – and we showed the entire nation that a grassroots movement is capable of taking on the Goliaths of the world, like The Walt Disney Company.”

Among the long-lasting impacts of the campaign are: