Putting Racism on the Table: How I Was Affected

After each session in the Putting Racism on the Table series, I asked a participant (or sometimes two) to reflect on the session and its more personal meaning for them. This time, I wanted two folks – one white, one African American – to reflect on the overall series. While no one person can speak for the entire group, I thought it would be illustrative to know if both people felt like they benefited from attending. Did they both have “aha” moments, moments in which they had greater clarity, or did they gain a totally new perspective? Will this have lasting benefit for the attendees? I appreciate Julie Wagner of CareFirst and Terri Copeland of PNC sharing their views below. 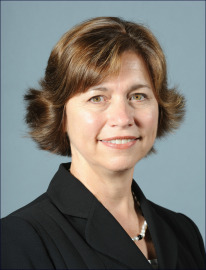 Could there have been a better time for WRAG’s Putting Racism on the Table series? With tragic events across the country highlighting racial bias and injustice, and national political discourse rife with bigoted remarks – it’s clear that conversations about racism and how to address it must continue at every level.

I appreciate this opportunity to thank and congratulate Tamara Lucas Copeland and the dedicated foundation and corporate leaders who developed the series. As Tamara reminded the group at each session, “the first step of leadership is understanding.” The series ended this month with an inspiring presentation by Dr. Gail Christopher of the W. K. Kellogg Foundation. Dr. Christopher’s presentation on the Truth, Racial Healing and Transformation work she leads was the perfect ending for the series, and a natural pivot to take attendees from learning to action.

On a personal level, I feel fortunate to have been able to attend all six sessions. I have always considered myself a progressive woman, but the series made me reconsider whether the glasses through which I view some important issues are, in fact, a little more rose-colored than I thought. Many issues were elevated, including the racial bias and devastating affects behind mass incarceration: one out of three black men will face incarceration in their lifetime. Wow. While I wasn’t naive to bias and injustice in the criminal justice system, James Bell’s presentation gave me a much clearer view. The importance of feeling a sense of belonging to achieve success was also brought up. What makes someone successful? I thought I understood. I believed that if a student went to a good school, they would thrive with the right supports. But as Professor john a. powell noted in a University of Texas at Austin example, graduation rates were low when students felt that they were the “other” and did not belong, and they dramatically increased when the school addressed these issues. While I had “aha” moments, I recognize that these were “of course” moments to many series participants. For example, I didn’t appreciate how rarely children of color have teachers that look like them. During our discussions, fellow attendees noted high school and college as the first time they had a teacher of their same race. I was also struck by the blatant media images that reinforce the “white as the ideal” narrative discussed by Dr. Robin DiAngelo. A poignant example included a print ad for a line of handbags that both literally and figuratively placed minority women in the background.

The gatherings spurred conversations at work, and with my family and friends. I find myself scrutinizing advertising, television, news, and my initial interpretation of events and the interactions of others more closely and with a more informed interpretation. So, I think the view through my rose-colored glasses is in a little better focus. I am still optimistic, but that optimism is informed by a clearer view of the systemic barriers which our grantees face in their work to eliminate health disparities. 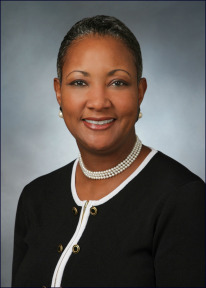 WRAG’s six-part series, Putting Racism on the Table, has sought to shine a light on the key elements of racism – including the unconscious biases and structural nature of racism that can often be found deeply embedded in individuals, companies, the justice system, and governments at every level. The series has made me focus more intensely on both the far-reaching intended and unintended consequences of racism. Putting Racism on the Table has also made me think more deeply about the role that I play.

The series has not only given me a new lens with which to view the world as it pertains to my work, it has also impacted me personally. A few weeks ago, I had an unexpected overwhelming experience as I sat in the Pittsburgh airport waiting for my flight to depart. I’d purchased the book, Between the World and Me by Ta-Nehisi Coates, figuring I’d use the time to catch up on some reading. I was not prepared for the emotional response it produced, as I read the author’s account of how he dealt with his son’s pain when the verdict came back not guilty in the Michael Brown case. I cried uncontrollably at that young boy’s pain and, more importantly, his sudden disillusionment.

I think I was just reacting to all of the pent up emotion that has come to the surface with the multiple police incidents that have occurred across America, and also due to the laser focus that the Putting Racism on the Table series presented on topics that have been hidden and unexplored for so long. A friend recently described her own anxiety as she watched her 7-year-old nephew running, as most children at this age are prone to do. She began raising her nephew a year or so ago, and she experienced firsthand what most African American mothers and fathers all over the country live with on a daily basis – the fear that his actions could someday be misinterpreted by law enforcement – an instance of running- while-black, perhaps. She talked about the pain of knowing she will soon have to explain to him why he must stop immediately if ever confronted by the police. He’s seven. Is this the America we want to live in?

Still, I can’t let go of the notion of a world in which all men and women are created equal. My soul cries out for a different America. While I know this vision will take time, I know there is a role for me to take on in bringing it to life. As a crusader. As an advocate. As one who will talk about the racism that affects our region and country, and take part in addressing it. I’m glad that so many of my counterparts in the region have also taken on this role. Putting racism on the table is only the beginning.

Although the learning series has ended, let’s keep the conversation going. Please tweet me @WRAGPrez if you have thoughts on how to broaden the learning and build on the momentum. Stay tuned for the release of the remaining videos in the series.

This piece was originally published in the Daily WRAG.