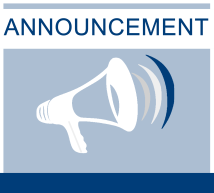 The Washington Regional Association of Grantmakers (WRAG) is pleased to announce that it will partner with the Racial Equity and Leadership (REAL) Initiative of the National League of Cities (NLC) to host a regional summit in 2019, tentatively called Race, Racism and the Future of Greater Washington.

Although the initiative is in its early stages, WRAG and REAL are excited for the chance to further racial equity in the region. Tamara Copeland, president of the Washington Regional Association of Grantmakers, shared her delight with the partnership with REAL. “We’ve been working at WRAG since late 2015 to position our region to engage in difficult conversations on race and racism. While learning was critical, it was never learning for learning’s sake. We have been strategically preparing philanthropy to be change agents and thought leaders. Now we are ready for action and want to engage with a much broader community to define and work toward a racially equitable region. We welcome the involvement of REAL.”

Both organizations have understood from the beginning of their respective work that neither the National League of Cities’ REAL initiative nor WRAG’s Putting Racism on the Table series alone would lead to racial equity. This partnership, however, is the seed of a larger idea to bring together people from multiple sectors – government, business, nonprofits, clergy, philanthropy, and academia – and other walks of life to examine the reality of structural racism in Greater Washington and to begin deep conversations and action to effect change.

“I believe that WRAG has laid a solid foundation with philanthropy and has now broadened into other sectors with its Putting Racism on the Table: Expanding the Table for Racial Equity initiative,” said Leon Andrews, director of Race, Equity and Leadership at NLC. “What happens in Greater Washington can be a model for how you build a multi-sector, informed cadre of leaders committed to and working for racial justice. We want to explore this approach for other cities and regions around the country. What better place to start than in the nation’s capital region?”

The work of both WRAG and REAL to promote racial equity was born from racially-charged incidents of violence. Following the death of Michael Brown in Ferguson, Missouri and the subsequent unrest, the National League of Cities created the Race, Equity and Leadership initiative to strengthen local leaders’ knowledge and capacity to eliminate racial disparities, heal racial divisions, and build more equitable communities. Similarly following the death of Freddie Gray in Baltimore, the leaders of WRAG committed to extensive learning to better understand the depth, breadth, and impact of structural racism and implicit bias and to work for racial equity through its Putting Racism on the Table effort.

Broad conversations about parameters and vision for the 2019 summit will begin in June 2018, to be followed by the establishment of a planning committee with a one-year window. In 2019, the first regional summit on race and racism will launch a much deeper body of work to advance racial equity in the Greater Washington region.