Home » News » Latest column from WRAG's president asks, "Can we speak our truths in a conversation about race?"

Latest column from WRAG's president asks, "Can we speak our truths in a conversation about race?" 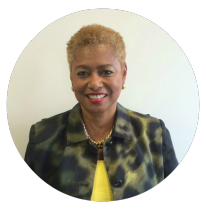 Can we speak our truths in a conversation about race?

This post was originally published in the Daily WRAG as part of Tamara's monthly column, A Voice from Philanthropy.

It all started on my neighborhood listserv: A neighbor was seeking information about why police cars were at the corner. The dialogue wasn’t too emotional, at least initially, but the floodgates quickly opened.

“There was a gang of five kids at the corner.” – white neighbor

“I feel that the use of the term ‘gang’ is inflammatory.” – black neighbor

“When a group of white kids gather, it’s a ‘group,’ but when it’s a group of black kids, it’s more often referred to as a ‘gang.’” – black neighbor

Next, a dictionary definition of the word “gang” was provided by a white neighbor and unconscious bias was suggested by a black neighbor. This was followed by an emotion-laden exchange between two white neighbors about how they must not be able to understand discrimination because they are white. The exchange ended, explosively, when a white, Harvard educated, Gen X’er, wrote:

“… they don’t know what it’s like to be born with a silver spoon in your mouth and go to the best schools and sit on a throne with actual diamonds in it and have 8 million dollars in the bank like me! (oh wait that is me in a dream) never mind.”

That’s when I knew that WRAG was on the right path with our new “Putting Racism on the Table” series to be announced formally later this week at our Annual Meeting.

The above exchange occurred among one city block of neighbors – most of whom have lived beside each other for over ten years – who socialize in each other’s homes, go out together to neighborhood restaurants, and have always seemed friendly and respectful. Was this a safe space to discuss race? Yes, I would have thought so. But very quickly, what I would have characterized as black neighbors’ attempts to educate and be honest about feelings, spiraled into a perception by white neighbors of being called racist. The conversation became accusatory and destructive. That’s why many of us don’t have it. Black people often talk about racial matters to each other, but rarely does this conversation occur honestly and fully in a racially-mixed group.

WRAG and its Racial Equity Planning Committee wanted to take action in the wake of all of the recent racially-charged incidents. However, the group determined that it wasn’t ready to act, but rather, it needed to learn.

And so, the series was developed. One topic a month: structural racism, white privilege, unconscious bias, a case study on mass incarceration, racism’s effect across the racial mosaic of America, and lastly, what philanthropy is doing about all of this. Learning.

When we take the time to understand another’s experience, that’s when our knowledge is increased, our perspective is broadened, and our humanity is enriched. Learning.

Click here to read past editions of Tamara's monthly column.