Keeping Racism on the Table 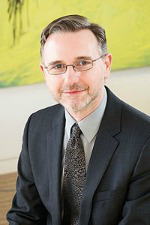 Growing up in rural and small-town Virginia in the late 1960s and early 1970s, I was introduced to the concept of race and racism at a very early age. Before I even knew how to read, I knew that some people were black and I wasn’t. As soon as I could talk, I learned that certain ugly words I sometimes heard around me were never to be uttered by me. And that if I used those words, the consequences from my parents would be severe.

That’s because my parents were emphatic in their intention that the racist attitudes of previous generations would not persist in our time. They taught me that everyone was created equal in the eyes of God and should be treated with empathy, courtesy, and respect, regardless of skin color. They repeated this again and again, and modeled it at every opportunity.

I don’t think my parents intended this, but as a result I grew up convinced that talking about race and racism was impolite. I’m still not sure why–perhaps because acknowledging differences seemed to undermine my parents’ argument that everyone was the same. Or maybe because so many of us wanted to move on to a better future, and dwelling on the painful mistakes and injustices of the past didn’t feel like the path forward.

Whatever its roots, that belief was reinforced by the veneer of politeness that characterizes some aspects of Southern culture, and by my own fear (shared by many people) of inadvertently causing offense by saying the wrong thing.

Slowly, over many years, I’ve moved past this reticence. An eye-opening conversation with my Leadership Montgomery classmates in 2009 helped me better understand the concept of white privilege. (Like many white people who grew up in modest circumstances, I didn’t feel very privileged, and I struggled with this idea.) Many conversations, first with colleagues within the Meyer Foundation and then with friends in the broader nonprofit community, have helped me become more comfortable asking honest questions and hearing painful truths.

I’m so profoundly grateful for these continuing conversations–especially those with people of color. These conversations have sometimes felt tentative, but never impolite. They have built on and reinforced each other, and over time have given me the courage and confidence to learn more, do more, and say more. I know these conversations make a difference, because without them I’d still be stuck in the silence of dysfunctional politeness.

That’s why I believe we all need to talk more about racism, not less. And also why I’ve appreciated the Washington Regional Association of Grantmakers’ “Putting Racism on the Table” series over the past year. The series has given many more people in our philanthropic community a common frame of reference and vocabulary to discuss systemic racism and its impact on our region and our work. The series has also given us permission and tools to have a more authentic and direct dialogue with each other.

I know firsthand that ongoing conversation, in safe spaces with trusted colleagues can be a powerful tool for change. “Putting Racism on the Table” was a good start, but it’s really just a beginning.

We need to keep these conversations going, and expand them beyond philanthropy. Over time, I’ve come to believe that dialogue that leads to action, rather than polite silence, is the only way we’ll be able to achieve the world my parents envisioned in the 1960s. That’s why we need to keep racism on the table.

Funders: In early December, WRAG is hosting two trainings specifically on communicating effectively about race and racism. The first session, on December 2, is designed for African-American members of the philanthropic community and will focus on responding to comments that are implicitly biased. Then, on December 5, white grantmakers will learn how to talk about race with white family, friends, and colleagues. Space is limited but still available at each session.