2016 was the year in which race and racism went public, so to speak. Whether it was talk about implicit bias in police actions, or broader structural racism in the criminal justice system or the housing industry, or even comments from presidential candidates, racism has been front and center this year. This has been the case especially in social media. While Facebook, Twitter, and YouTube are often vehicles for some to express racist thoughts, fortunately, many individuals and organizations have taken to social media to expose racism, particularly structural racism that is embedded in our country’s institutions.

According to Search Engine Journal, the growth of social media – and its relevance as a vehicle for the exchange of information – cannot be minimized. 97 million accounts on LinkedIn. 316 million users on Twitter and 1.5 billion profiles on Facebook. According to SEJ, direct video uploads to Facebook now exceed YouTube.

A few months ago, the Washington Regional Association of Grantmakers ventured into social media with the substantial topic of racism. We know that for many, there isn’t time to read lengthy articles, so we are condensing this information and making it, we hope, more digestible. Our goal is to make structural racism and implicit bias understandable to a larger audience. We want them to understand and then to act.

First, we published the six videos in our Putting Racism on the Table lecture series on YouTube. To date they collectively have over 14,000 views. That’s huge for our small, regional organization. Then, we made the lectures available as podcasts on Soundcloud and iTunes for easy access as you exercise, drive to work, or make dinner. Good adaptation? Yes, but still not quite easy enough for busy people overwhelmed with too much content and perhaps already hesitant to enter the weighty space of racism.

Now, we have created an original, five-minute video. It is, we hope, a catchy way to easily share information. Based sardonically on Masterpiece Theatre, WRAG’s Structural Racism Theater introduces the viewer to concrete examples of structural racism and implicit bias. It’s edgy, dryly humorous, “shareable,” and an incredibly different direction for WRAG. We think it’s bold and even a bit scary. We’re going outside of our comfort zone. 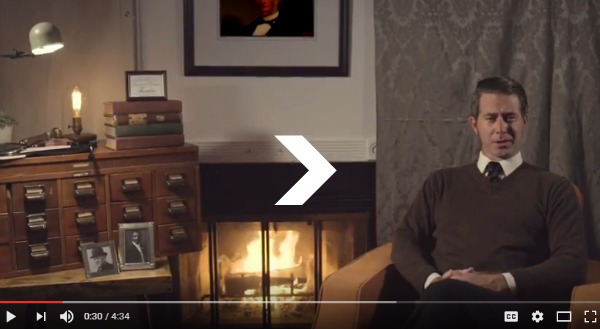 Someone once said – long before the days of social media – “Put a grain of boldness into everything you do.” Structural Racism Theater is our grain of boldness. Perhaps by the time you read this, the first installment, “The Pernicious Compromise,” which focuses on the timely topic of the Electoral College and its connection to the Three-Fifths Compromise, will have gone viral.

This piece was originally published in the Daily WRAG.