This event has been canceled.

Critical skills, including mobility, language, tool use, and thought are strongly shaped in the first thousand days after a baby’s birth. As this time passes, individual differences in young children become increasingly apparent. Dr. Craig Ramey, Professor of Psychology, Neurosciences, Human Development, and Pediatrics at the Virginia Tech Carilion Research Institute and School of Medicine, has spent his career examining the consequences and potential modification of these differences, which ultimately affect children's educational outcomes. According to Dr. Ramey, the knowledge base about early childhood is large - and so are the opportunities and challenges for young children, their parents, practitioners, policymakers, funders, and society at large. 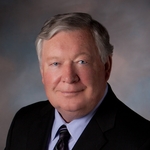 Craig T. Ramey, Ph.D., is Distinguished Research Scholar of Human Development at the Virginia Tech Carilion Research Institute, Professor of Psychology at Virginia Tech, and Professor of Pediatrics at the Virginia Tech Carilion School of Medicine. He specializes in the study of factors affecting children’s health and the development of intelligence, social competence, and academic achievement. Over the past 40 years he has led multidisciplinary longitudinal early childhood research with more than 100,000 children and their families in over 40 states. He is the founding principal investigator of the Abecedarian Project, Project CARE, the Infant Health and Development Program, as well as co-director with his wife of the National Head Start Transition Program and the 12-year statewide Louisiana Pre-K Program. Dr. Ramey has received many national honors including the Society for Research in Child Development Award for Distinguished Contribution to Public Policy for Children, the Ireland Prize for Scholarly Distinction, the Heflin Award for Statesmanship in World Health and Education, and induction into the Hall of Honor at the National Institute of Child Health and Human Development. He has authored more than 250 papers and made over 800 scientific and educational presentations and consults frequently with governments, philanthropies, and the media.

More details to be added soon.

More information will be added soon.