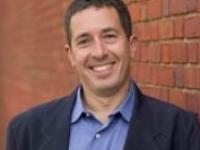 Join us to learn why changing the way we think about poverty and the mind can help design more effective interventions.

Many often look at persistent poverty and its symptoms – pay day loans, poor dietary choices, high dropout rates, etc. – and see bad decision-making. Eldar Shafir, co-author of Scarcity: Why Having Too Little Means So Much, sees the psychological influence of scarcity. According to Shafir, having too few resources - be that money, time, food, attention, etc. - creates a psychological response that can seem to create a downward spiral: what he calls the "scarcity trap." For those interested in moving people out of poverty, understanding the psychology of scarcity and how to get out of the scarcity trap may be key.

The 2016 Brightest Minds series is generously sponsored by

ABOUT THE SPEAKER
Eldar Shafir is the William Stewart Tod Professor of Psychology and Public Affairs at Princeton University, the Inaugural Director of Princeton’s Center for Behavioral Science and Public Policy, and co-founder and scientific director at ideas42, a social science R&D lab. He studies decision-making, cognitive science, and behavioral economics. His recent research has focused on decision-making in contexts of poverty and on the application of behavioral research to policy. He is Past President of the Society for Judgment and Decision Making, and a Senior Fellow of the Canadian Institute for Advanced Research. He was a member of President Barack Obama’s Advisory Council on Financial Capability, and is currently Vice-Chair of the World Economic Forum’s Global Agenda Council on Behaviour. He has received several awards, most recently a Guggenheim Fellowship, and the William James Book Award. He was named one of Foreign Policy Magazine’s 100 Leading Global Thinkers of 2013. He edited a book called “The Behavioral Foundations of Public Policy,” (2012), and co-authored, with economist Sendhil Mullainathan, “Scarcity: Why Having Too Little Means So Much,” (2013). He received his B.A. from Brown University and his Ph.D. from the Massachusetts Institute of Technology.

More details to be added soon.

More information will be added soon.