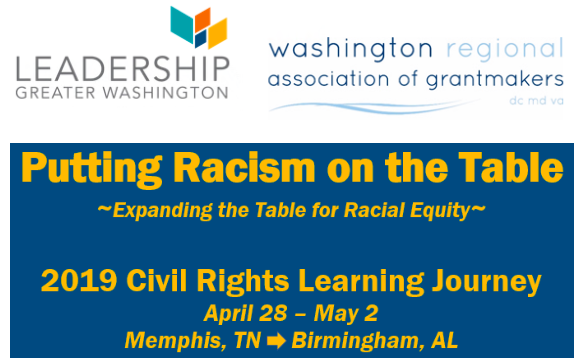 Join us on a journey through history

Last September, WRAG and Leadership Greater Washington took 21 funders and other civic leaders on a Civil Rights Learning Journey to the South. The trip was such a success that we are returning this Spring!

This is an opportunity to build a deeper understanding of the movement for racial equity and justice. Over the course of 3.5 days, we will visit major museums, houses of worship that played significant roles in the activism of the 1960s, and sites of key protests. We will meet individuals who were leaders on the ground in the 1960s and those who are pushing for change today. 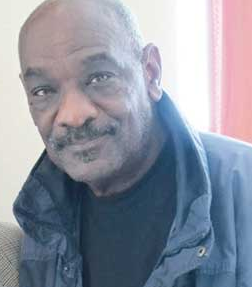 As a 17-year-old student in the Jim Crow South, Mr. Jones attended the Freedom School in Meridian, MS, where he was a student leader. He served as the President of the Youth Chapter of the NAACP, served as the Co-Chair of the state-wide Freedom Summer Youth Convention, and participated in the Mississippi Freedom Democratic Party. During Freedom Summer, Mr. Jones worked closely on voter registration efforts with slain activists Michael Schwerner, James Chaney, and Andrew Goodman. A year later, Mr. Jones was in Selma, Alabama for Bloody Sunday. Mr. Jones will be with us throughout the trip. 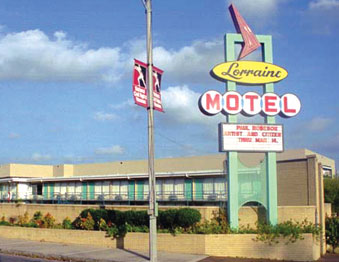 Speakers
Throughout our journey, we'll hear from individuals who were leaders on the ground in the 1960s and those who are pushing for change today, including:

Eligibility: This trip is open to all WRAG and LGW members; however, space is limited!

Sorry, but no events match your search criteria.